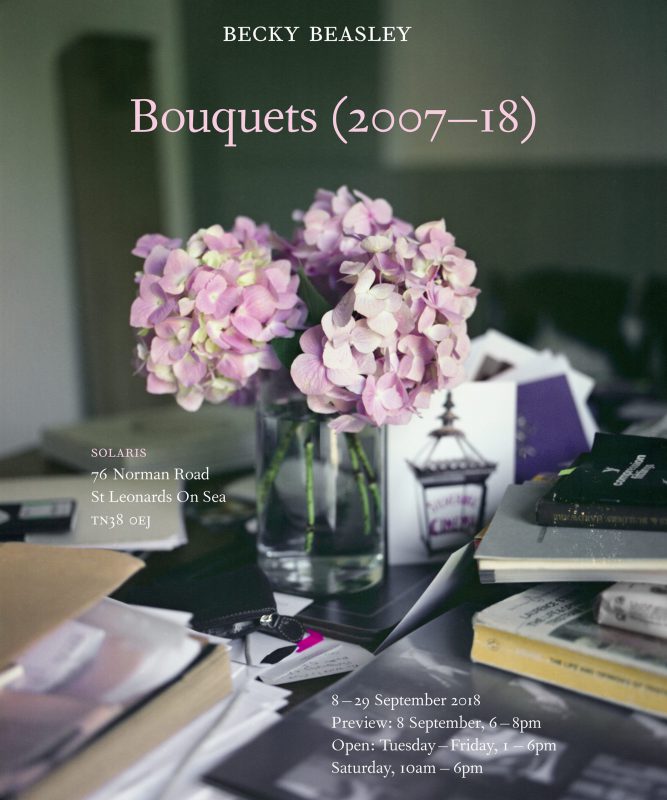 Becky Beasley produced an edition of twenty posters from the Bouquets exhibition at Solaris. The posters available here are those remaining from the original printing. The posters have been typeset by designer Sara de Bondt and are available from Solaris.

“In 2007 I bought a big bunch of peonies which I photographed at home on the dining table amidst whatever happened to have gathered there at that time. Always piled high with personal and professional items, my domestic table reflects like a diary and these still-lives are of the flotsam and jetsam of my own domestic life. The flowers formed both a focal point, but also a ruse for the wonderful promiscuity of photography; capturing everything within frame, starting with everything rather than nothing.

Like many, I like peonies with their short, abundant flowering season in late May. I repeated the activity the following year and so it became annual, charting the changes in both personal and working life. From early on I conceived it as a long-term project from each year of which I would make a single, unique print.

Over the twelve years of the project to date I lived in Berlin and then Antwerp, before moving to St Leonards in December 2010. The photographs I chose to work on for this project include three from my time in St Leonards: the first quite bare as I had only just moved into my house and was just starting working on what would become my touring exhibition, Spring Rain; the second, of hydrangeas, an oddity within the series, was taken the summer Steve and I fell in love. His parents’ garden– they are not gardeners— was lined on all sides only with hydrangeas, which flower each year without tending. I filled the house with those flower heads that summer and, in that delirious mood, made an exception to my series. The last is the most recent, shot a few weeks ago, on year-old film stock which suited my mood at the time.”

Becky Beasley (b. 1975) is an artist who lives and works in Hastings, England. Beasley’s work has been featured in solo exhibitions internationally including, Tate Britain, Serpentine Gallery Pavilion (live work), Spike Island, Leeds City Art Gallery, South London Gallery (live work) and Towner Art Gallery. Group exhibitions includes Bluecoat, Liverpool; Whitechapel Gallery, London; Kunstverein Munich, as well as three Arts Council Collection touring exhibitions, In a dream you saw a way to survive and you were full of joy, curated by Elizabeth Price; British Art Show 7: In The Days of the Comet and Structure and Material (with Claire Barclay and Karla Black). 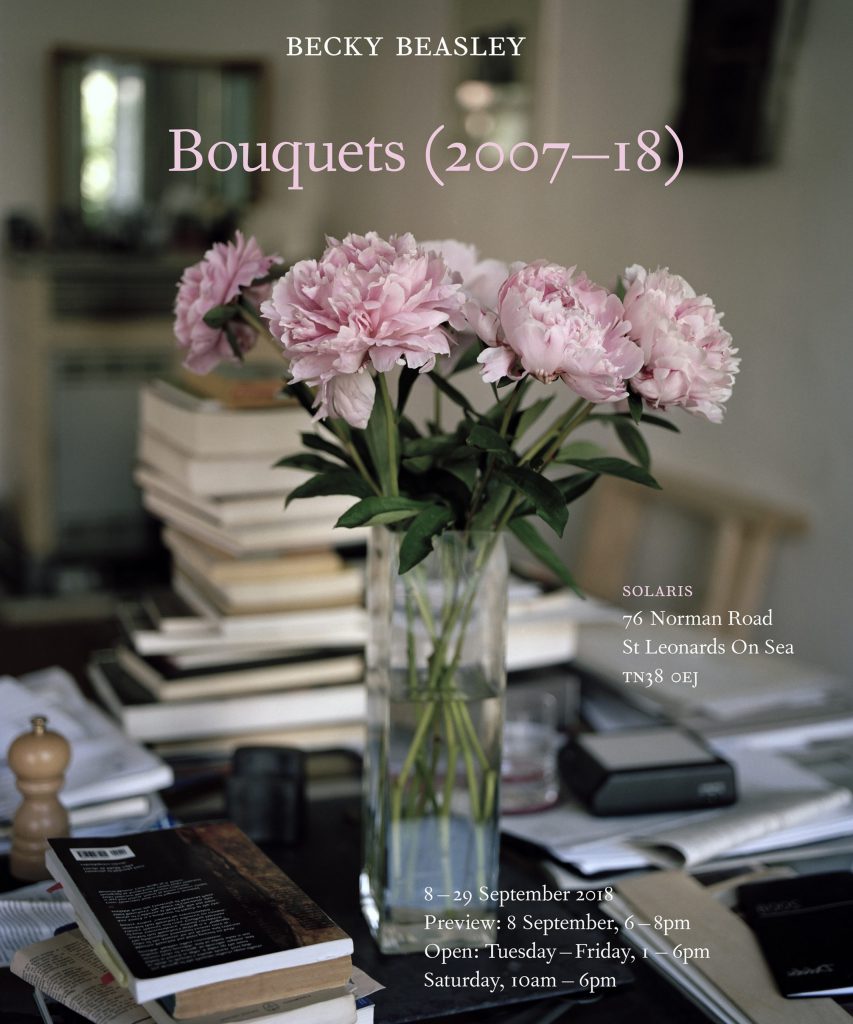 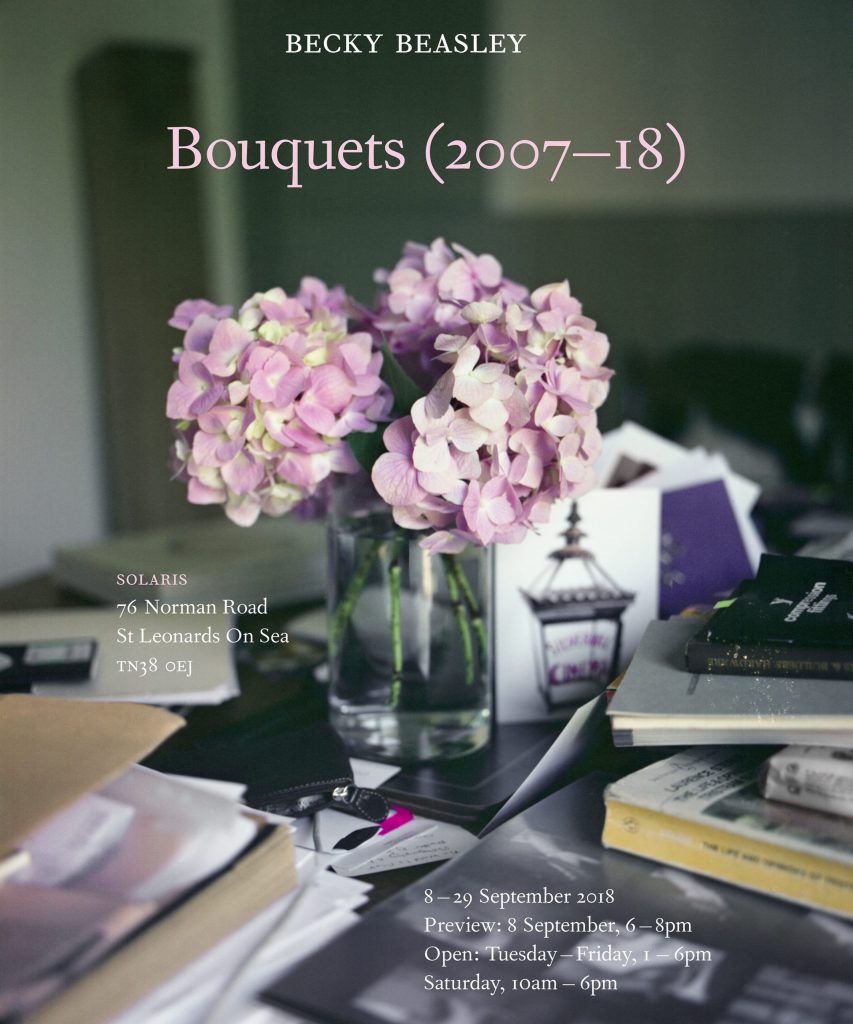